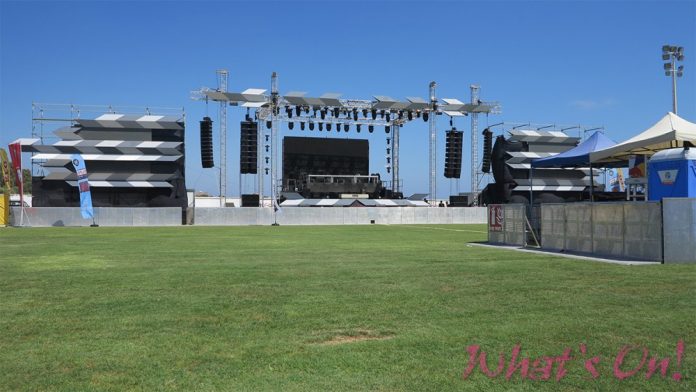 I still can’t really believe I’m going to see Armin van Buuren in Napa tonight … only a day before he plays Tomorrow Land … ha ! I think Napa will show him how we party !!!

It’s just unbelievable how they changed venue with only two days notice ??? … Originally scheduled for Larnaca Airport . now at Ayia Napa’s football stadium and as you can see it’s ready for the thousands of clubbers who’ll be there with me tonight …

I hear there’s an awesome line up to warm you up … naturally I’m gonna get some shots and a little footage … big shout goes out to Mr. Yiannis Karousos, Ayia Napa’s Mayor for allowing this to happen at such short notice !

A few shots from today

More Info:
It’s just up past the police station in Napa … or just hit Directions below for GPS Google Maps …

Back to Things To Do