Home Things To Do Archaeological Sites The Tombs of The Kings, Paphos

As old as they come
Imagine being in a desert-like landscape, surrounded by nothing but ancient tombs, where the only sounds are waves crashing on rocks and the birds singing …

Not for Kings
These magnificent Tombs were actually constructed for high ranking officials and aristocrats, and it was they who were buried here rather than kings and queens as the name might suggest, but the size and splendour of the tombs gave it its grand name.

Hand Carved
Heavily influenced by ancient Egyptian traditions, when it was believed that tombs for the dead should resemble dwellings and houses for the living, the monumental underground tombs date back to the Hellenistic and Roman periods, about 323 BC and 23 BC, and were hand carved out of solid rock.  I love walking around here at sunset, it’s so tranquil, spotting the occasional rectangular holes cut out of individual rocks here and there, maybe for those without families ?

Close Links
A few of the tombs are very similar to those found in Alexandria, Egypt and imitate their houses with the burial chambers opening onto a peristyle atrium, which also validates the close relations between Paphos and Alexandria, during the Hellenistic period.

Seven Tombs
There’s seven excavated tombs, scattered over quite a wide area, the most impressive being Tomb Number 3, which has an open atrium below ground level, surrounded by columns.  Other tombs have niches built into walls where bodies were stored.  You can see that they included smaller tombs for the younger generations.  Unfortunately, most of the tombs’ treasures have long since been spirited away by grave robbers! Nevertheless this is a must visit and definitely an eye opener ! Check out the YouTube videos below …

Entrance
Entrance fee: €2.50
Discounts: For organised groups of 10 or more there’s a 20% discount on the entry fees
Disabled access: Partial wheelchair accessible (view from above only)

Directions
You will find The Tombs of The Kings on Tombs of The Kings Avenue, Kato Paphos, just off the roundabout Opposite Karlina Restaurant, a great place to pop into before or after your visit for drinks, snacks, breakfast lunch or dinner!

You’re in another world 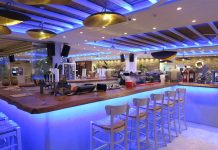 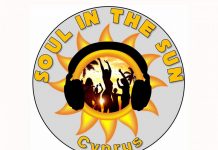 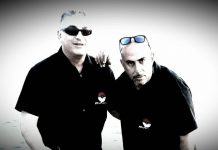 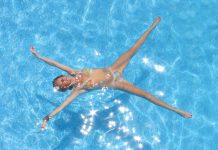