It’s May, my favourite month!, mainly because you can spread the butter in the morning so it’s definitely summer!  Normally hitting over 30°C in May, I love this time of the year, longer sunny days, through crystal clear skies, there’s no heat haze yet, and slightly warmer evenings, so you can go out in a tee shirt. We might get a quick shower, but chances are it won’t rain again ’til September, except for the very occasional crazy hail storm in August?

Opening Parties
Driving around you can see all the restaurants and bars have already opened in time for Easter, last month, or they’re preparing to open now for another long summer season. I’ve had to attend loads of opening parties, as always it’s been fun!, ha ha!, its a hard job, but someone’s gotta do it 😉

Pool Parties
Summer has well and truly started with most pool parties open or will be soon. The world famous Pambos Napa Rocks Pool Party is opening on Thursday 4th and the general feeling is Cyprus will have a good year this year, as forty-six percent of our economy is based on tourism, and the repercussions go all the way down to the paper merchant, but I have a strong feeling it’s going to be awesome this year, you heard it here first !!

Mañana, Mañana
By mid May, I think you’ll have enough choices when it comes to eating out, as most restaurants, cafes, and tavernas will have opened, you can’t shake off that mañana, mañana way of life over here that easily, but that’s one of the reasons this rock is such a special place. Same when it comes to enjoying your favourite tipple as most pubs, bars and watering holes are also open, so the choice in both cases should keep you happy!

Clubbing
When it comes to clubbing, by the first weekend in May, Ayia Napa will have seven or eight nightclubs to choose from, with Castle Club, Black ‘n’ White and Carwash leading the way and for after parties, Club Aqua is already open with rumours that River Reggae will be open soon!

Capital clubbing
A little more sophisticated, but still rocking in Club Zoo as usual. Larnaca keeping its reputation as the hub of Cyprus with club Deep leading the way. Up in Limassol, our Capital on the coast, Guaba is still number one, and there’s a huge variety of nightlife up on the west coast in Paphos, with a large expat community that keeps them busy most of the year, and Touch Club hitting the mark as always and with the long awaited re-opening of Rainbow Disco, as the trial period of earlier pub closing is already annoying the pub landlords, can someone please tell the authorities this is a Tourist Resort ???

On the Beach
All the water sports are set to go, with maybe one or two extra items still to be floated. oh, the majority of these guys have been at it for years and you rarely hear any complaints about the services on offer or in fact the prices available.

Extreme
A big shout has to go to the Flyboarding Cyprus team who have trained even more watersports to offer you the opportunity to fly like iron man and dive like a dolphin. I tried it, trust me it’s awesome and a must if you’re into a little adventure sports, coz this is the fastest growing extreme sport in the world! I cant wait to try the new Hoverboard, it’s like a mini surf board but without the waves, only with this gadget you actually come out of the water … omfg !!!

Out & About
It’s a great time of the year to get out of town and go for an adventure, whilst everything is still green. I highly recommend places like CyHerbia Botanical Park & Labyrinth to catch up with nature or Jimmy’s Jeep Adventures in Paphos, or the Traditional Cyprus Bus in Paralimni and the awesome Georges Fun Bus in Paphos.

Cruising the Med
It’s also a nice idea to go for a mini boat cruise, so pop down to your local harbour to find out what’s on. We’ve carefully selected our recommended boat trips, always worth checking out and chilling on the med, Mmmm!

More …
So I’ve been so busy building our Web site, launched to drive the new App, which is due to launch very soon and it’s looking absolutely awesome, even if I say so myself!, hey, you might as well check out our fb page while you’re at it 😉 Unless of course you prefer, Instagram or Twitter, follow us there too …

Cultural
Paphos up on the West coast is hosting the Cultural City of Europe this year with almost daily events, for more check out the CTO Events calendar …

Finally
If its your first time here, all i can ask is, why? … If you’ve been here before, welcome back, and we all know that after you keep coming back time and time again, eventually you’ll probably end up moving here!, anyway, you are all very welcome, and really finally, step up the UV factor, drink loads of water and make sure you do something you’ve never done before!
Na da boumen
Tony Dynamou 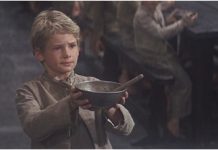 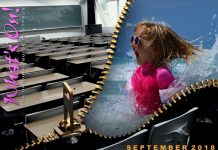 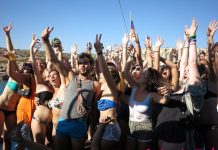 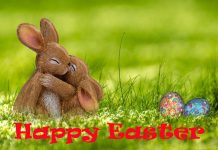