Wow !
It’s October, my favourite month, well almost, if you blend September into it, and that’s what normally happens, coz much as its Autumn, and the long hot Summer has come to an end, hmm or has it ? … A cloudy day, relief from the heat? maybe not! we’ve already had October storms at the end of September, and August was cooler than usual, so the fishermen assure us that it’s going to be an Indian Summer … last time, it went through to the end of November, I’m sure they’re right !

Autumn
It’s one of my favourite seasons, you know, we’ve all been working our little bits off since March … The tourist season is winding down, and most of the resident workers had post season blues in August, back to school? hmm, but there’s an ever increasing number of them that won’t leave this year as Cyprus slowly gears up to year round tourism.
Cyprus Rocks Festival Protaras hosts the first ever Cyprus Rocks Festival, with its roots in Rhodes for the past ten years the legacy of this festival begins a new era in Cyprus, from the 4th ‘til 11th October the far South East coast will be rocking every night !

Ayia Napa Medieval Festival
For the 12th successive year and getting bigger and more spectacular every year, don’t miss the opening of this festival on 7th October and throughout the week ‘til 14th.

Cyprus Russia Gala
The Presidential Palace, Nicosia, hosts the 11th Cyprus Russia Gala which promises to be quite spectacular if last years was anything to go by. Closing Parties, there’s festivals everywhere, and closing and opening parties all over the place and we’ll see a few pubs and clubs staying open, but swinging towards the local market and, as things slow down, we all get the chance to catch up with friends, who’ve been more like passing ships in the night for the last seven months, probably light a few barbies, you know? … If you get invited to any end of season parties make sure you go … it’s rude not too 😉

I love that smell
Remember we haven’t really had any rain since May, except for a couple of stormy days on the last two days of September …  mmm, I love that smell, when those first storms come, they’ll drives us mad, coz when it rains, boy does it come down, the term ‘pissing down cats and dogs’ must have Greek roots somewhere, lol … And as for the roads they become rivers and where’s the drainage ? … Ask any Cypriot and he’ll probably say, well, it doesn’t rain very much over here, who needs drainage ? … Don’t worry, here one day, gone the next !

It’s touring season
So jump in the car and get out and about a bit. The Troodos mountains are just about to come into their element and the sunrise in Kapparis or sunsets in Paphos are stunning ! I recently heard one of the Water Sports lads say, we can’t wait to get to the mountains, so we can’t see the sea. I said, how can you get fed up of this sea ? he said, just for one day ! … on that note, even up in the mountains, you can still see the sea, at some points on three sides of the island. There’s still a few boat cruises sailing too, oh, and check out our Safari recommendations here …

Indian Summer
Anyway, as I was saying, Indian summer, beach ’til New Year, sounds good … we hear there’s frost in Europe, sounds better, dining outside in November, I can’t wait, and that lovely clean air smell, hey why else do we live here ?

Cultural
Just as we predicted back in 2004, after our accession to Europe, there’s an obvious increase in cultural events in Cyprus, and wow, with Paphos coming to its end as The Cultural Capital of Europe, I wonder what else we’ll see next … I just love our ever changing Cyprus, and hey, bring on more culture ! For a link to many cultural events in Cyprus check out the Cyprus Tourism Info site at www.visitcyprus.com

Halloween
Don’t forget its Halloween Night on the 31st October … many venues will be doing special nights, and they are getting bigger every year as the Cypriots have realised it’s a great excuse to dress up or dress down it seems … so start sewing or get to the Fancy Dress Hire shops and make it an event to remember ! Castle Club in Napa are mixing Halloween with their closing party on the 28th this year, it’s a party not to miss …

Finally
I’d just like to give a big shout out to all our sponsors that help make this network possible. We love to receive your comments, ideas, events, and stories, so please keep them coming and if you get anything from this page, please don’t forget to mention you saw it in What’s On! … Oh, If you’re in business, if you tell us, we’ll tell them …

And really finally, if I can give you one tip … make sure you do at least one thing you’ve never done before … 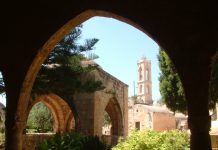 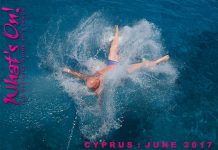 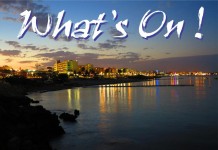 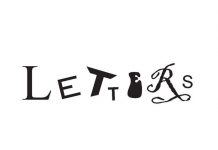