Still the club capital of Europe ?
Back in 2000 Napa was the club capital of Europe.  We had 19 clubs in the centre of Napa, with 30,000 clubbers cramming the square every night for what’s known as The 100 Day Club War, mid June ‘til mid September.  Just from the UK alone, we had regular visits from all the top music mags, daily newspapers, the London Evening Standard, Sky TV and loads more TV Stations, all checking it out.  Channel 4 even did a series!

No different
Mostly the media tried to say Napa is notorious for booze crazed youths, dropping all their inhibitions, getting plastered, tattooed and having sex or passing out in the doorways, you know those, sun sea and sex holiday … yep !  No different from any other top resort in the world but at least in Cyprus, you get guaranteed sun 330 days a year, a few of the best beaches in Europe, one of the best seas in the world and loads of sex on the beach … I was referring to the cocktail 😉

Messy Bar Crawls
To those in the know, the club scene in Cyprus is not just in Napa, its far more versatile then that, with top clubs in each city, but when it comes to clubbing,  I reckon Napa still competes with Ibiza, much as things have changed a bit, we still have a great choice of clubs, all within walking distance of each other, then add Europe’s top music movements, with of course some of Europe’s Top DJ’s, add cool chill out zones, reasonable prices, and the largest foam machines in Europe, messy bar crawls and even messier boat parties, throw in some sexy beach parties a couple of lets go f’kin mental pool parties and you’ll probably agree.

Hot Mix
However compared to Ibiza, our biggest club holds just over 4000, a short throw from the 8000 odd that pack into one or two clubs in Ibiza.  They’re predominantly House n Trance, we’re a hot mix of the lot.  One big plus in Napa, it’s all walking distance from nightlife street.  There’s also, ‘No’ relaxation of drugs laws in Cyprus, in fact quite tight controls, which to be honest should keep the Ibiza crowd out and make way for those of you that just want to drink, grab a laffin’ gas balloon, drink some more, oh ‘n’ parrrrty 24/7!

Awesome Events
The club scene is definitely set for this season, what with Castle Club renovating yet again and boasting 5 arenas under one roof now holding some 4000 clubbers.  Guaba in Limassol has some awesome events planned and Club Skylight in Larnaca, all keeping up with the Napa vibe, Club Teez and Club Zoo in the Capital definitely the cosmopolitan choice …

Everywhere
You may have noticed that our club scene is being talked about everywhere …  I’ve already heard whispers of a couple of new clubs and beach bars opening in Cyprus this year, and top music movements are making plans to be here, catching up with with those that were here over the last 17 years, I’m looking forward to seeing Cyprus become every clubber’s favourite …

Number One !
I think Napa’s is going to explode this year, much as I’m not sure where we’ll fit everybody?  One thing’s for sure, if Napa’s not already back to number one, it soon will be … tbh, I can’t wait !

Quick Peek
In Larnaca, Paparazzi are smashing it, likewise Club Teez for their Urban Mix or the more sophisticated approach at Zoo Club both in Nicosia.  Carwash doing their retro thing and Castle Club doing everything in Napa, while Black & White Club as usual leading the way in the Urban Mix for over 30 years in Napa and they’re renovating again so they’re gonna smash it this season … and not forgetting up on the west coast, first Limassol, our capital on the coast boasts one of the world’s top clubs, Guaba if you wanna go crazy or Club Eleven if you’re into House or Progressive … on that note, Review and Loft in Paphos as usual a touch above the rest !

Here’s a look at some of our clubs … 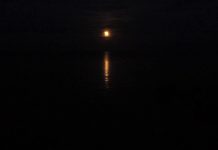 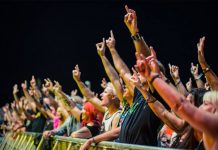 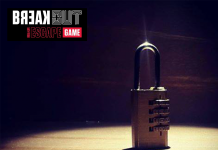 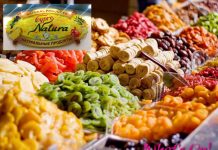