Over 30 Years
George D. Mintis is a name synonymous to trust and reliability, upmost professionalism, and with over 30 years of wide experience in various fields of law, you know you’re in safe hands.  Born in Famagusta, George told me he was one of those students good at theoretical studies, like History and Ancient Greek, reading the news daily and keeping up to date with politics.

World’s Best
The violin was his passion, but it was inevitable he would study law.  Interestingly, whilst he was serving his mandatory two year term in the Army, he was also taking the governmental exams, using this as an excuse to earn some free vacations, and he secured a position into the Law Faculty of Aristotle University of Thessaloniki thrice.  Right after his military service, he moved to Thessaloniki where he obtained his Bachelor in Law.  His four year studies of Law followed by his pupilage in Nicosia, Cyprus, where he worked as a pupil or trainee with the Advocate Andreas Paschalides, who went on to become a Judge in the Supreme Court.  In 1985 he became a qualified member of the Cyprus Bar Association.

The Early Days
Establishing his first office in Ayia Napa in 1985, George worked extensively in the fields of Corporate Law, Banking Law, Immigration Law, Property Law, Succession Law aka Wills and Probate and Labour Law, hence he laid a solid foundation providing legal services to residents, non-residents, individuals and corporations … I first met George in 1994, when he moved to his new offices in Paralimni, originally in 1st April Avenue, but now at Mintis Court, where I’m always made to feel welcome when I visit.

Portfolio
His reputation soon became second to none, with a much acknowledged track record of drafting airtight agreements based on the clients’ requirements, and he is always there to assist on complex property law matters, probate issues, disputes between individuals and companies, including but not limited to family disputes, breach of contracts, rent arrears, Mortgage & Banking issues.  I have recommended several contacts to him over the years and everyone called to thank me.

Respected
George has been a member of several governmental organisations including The Licensee Authority, The Licensee Review Authority, The Board of Directors of The Cyprus Tourism Organisation, aka C.T.O, of which he has served as a Member from 2006 to 2009 and held the position of Vice-Chairman from 2009 to 2013 and the Committee of Famagusta Bar Association.  He also participates actively in various regional and local community activities.

Who You Know
You know what they say in Cyprus? ”It’s who you know”, well there’s not many people that he doesn’t know.  So you’ll be assured that you will receive the most reliable and up-to-date services beyond his own legal expertise, as George D. Mintis Law Firm has forged solid business relations with professionals in many related fields, especially within the conveyancing, commerce, property and development markets.

Not a Lot of People Know
George never lost his passion for the violin, since he was 9 years old, learning classical violin to grade 8 at Trinity College, London and then as a University student he often played at the best tavernas in Thessaloniki and has been known to entertain friends and family for special celebrations.

Like Father
Daughter Eva has followed in dad’s footsteps, a qualified Advocate from the University of Cyprus, gaining her entry to the Faculty of Law with exemplary grades, finally earning her Bachelor at Law with First Class Honours.  Eva then pursued a Master’s Degree from the Queen Mary University of London specialising on Commercial Arbitration and International Investment Disputes.  She recently succeeded in protecting a private company from giving its assets to the Bank through a Writ of Attachment procedure, and she well represented a mother on a cross-border abduction case concerning the return of the child.

Boutique Law Firm
I asked them both why they are so successful and Eva said; ”We are committed to providing the best representation possible at a fair cost.  Clients’ needs are our top priority, and we communicate with them on an ongoing basis”.  I suppose the best way you could describe them is a ‘Boutique Law Firm’ offering specialised services to clients who are looking for the personal touch. 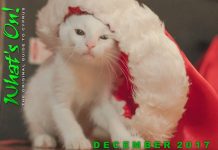 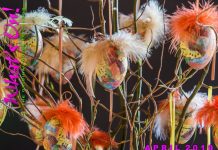 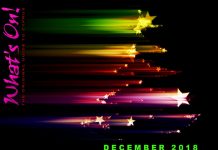 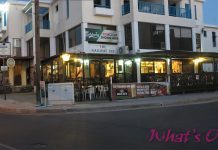